Having a MacBook Pro Retina is awesome.  I’ve been using mine since the end of July 2012.  I am completely happy with it.  I’m often asked how I like the Retina and the best way I can describe it to people is using the analogy of television, that is standard definition (SD) non-Retina vs. high definition (HD) Retina.  I find the Retina display a true pleasure to use and experience.

So the point of this post is about screen captures from a MacBook Pro Retina.  When taking a screen capture from a Retina display it will be in HD as opposed to SD.  Here is an example of what it might look like.

Image on the right is what a screen capture looks like from a Retina display, 1696 x 998 at 144ppi.  The image on the left is taken from a VM running Windows 7 Pro, 800 x 600 at 96ppi.  To be clear these screen captures are “native” without any tweaking or processing.

When a screen capture from a Retina is sent out to share with someone, say in an email, it will display in HD and is ridiculous to view.  I find it personally annoying, it’s too large.

After some thought it seemed like a good solution was to use Mac’s Automater to take the screen capture and down-size the image.

Using Automater deals with several repetitive tasks that I perform when taking a screen capture.  I created an Automater Service, which allows this automation to be available from the menu wherever I may need to take a screen capture. 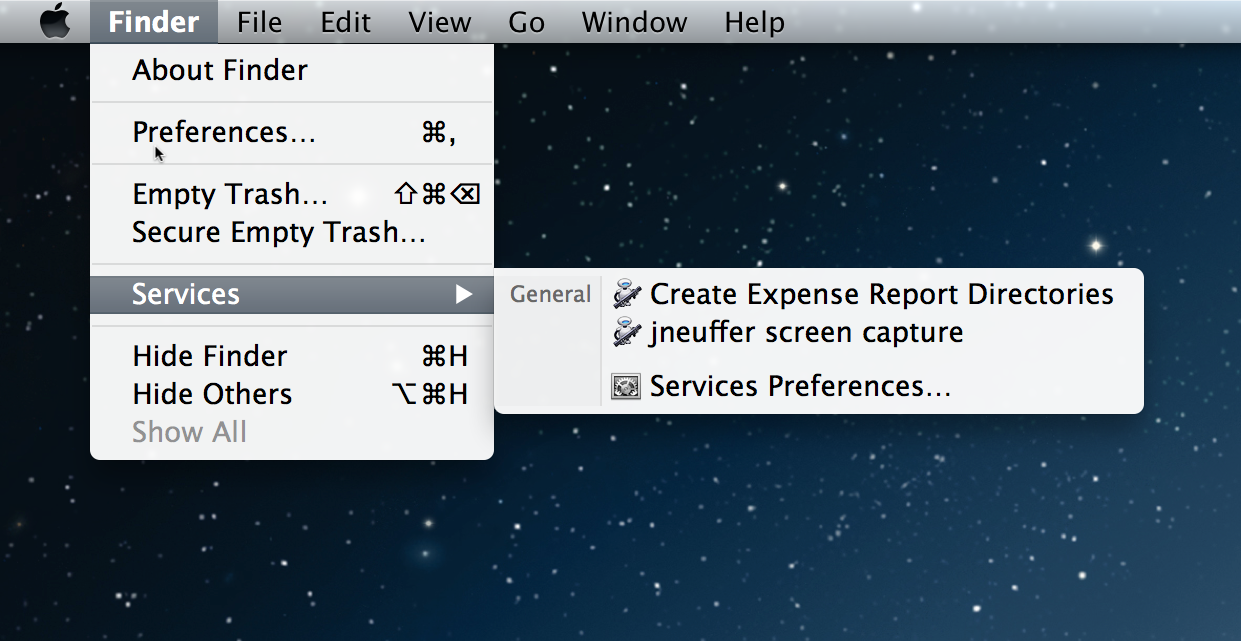 The following is what the Automater Service looks like that I use.  It does several things that are not related to taking the screen capture, but what I find desirable to my liking. 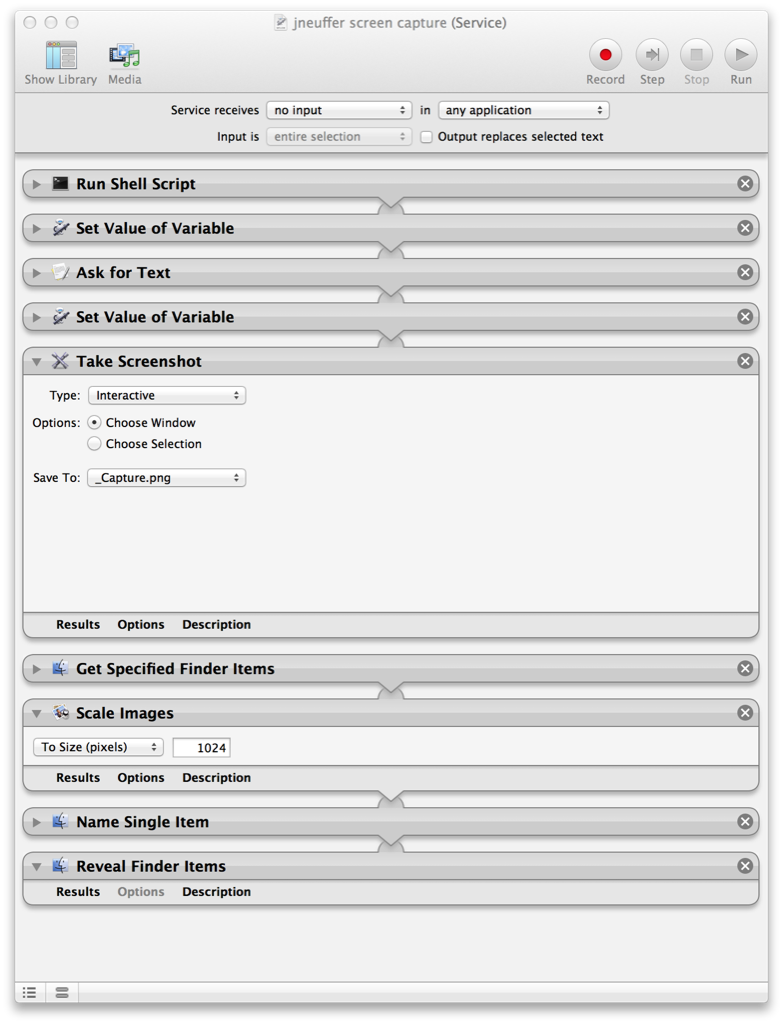 It takes a screen capture and saves it to a directory with a serialized file name.

This is a repeatable process that helps keep sharing screen captures consistent and deterministic.