In an earlier post I spoke of leveraging ssh-agent for accessing Junos based platforms. This blog post takes that earlier blog entry a step further.

There are scripting benefits to using an ssh-agent but if scripting is not your concern then at the very least there is a convenience factor when accessing the Junos based router.

The following is a summery of the detail described in this blog post,

Before we can login or run scripts against a Junos based platform we have to setup Junos to use ssh-keys. 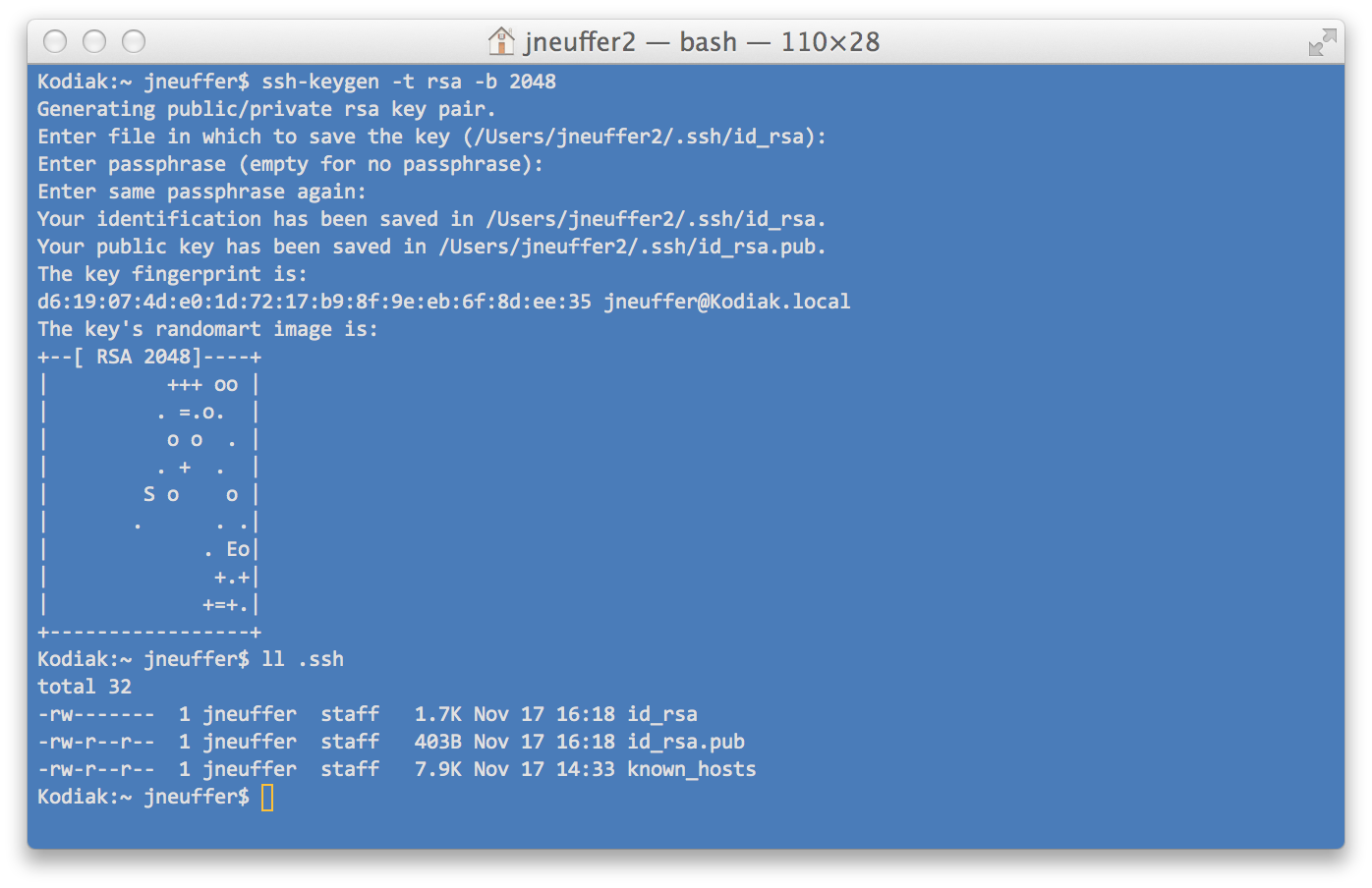 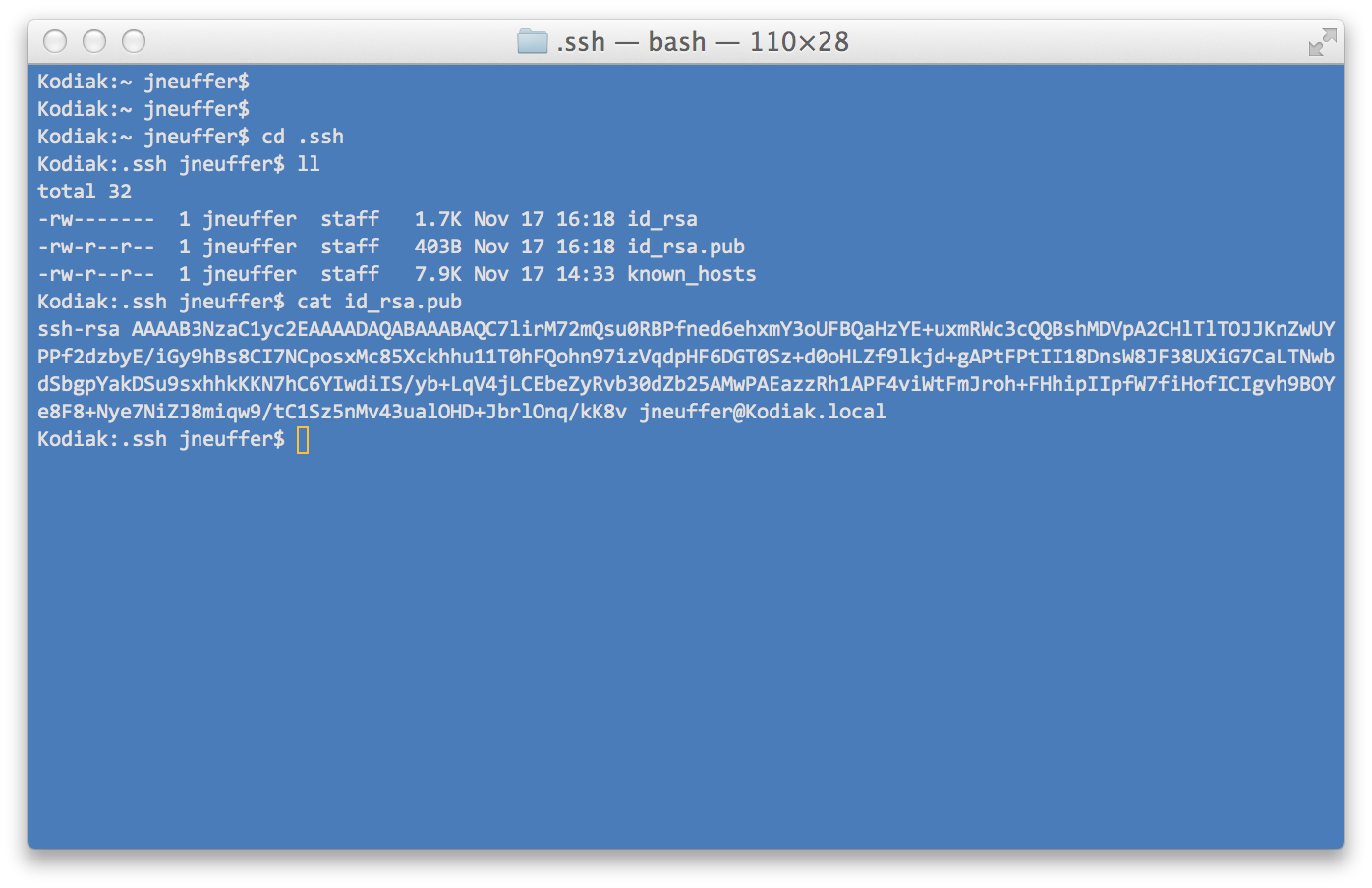 Copy the contents of the id_rsa.pub file. Log into Junos and move into configure mode; navigate to system -> login -> user -> SOMEUSERNAME -> authentication. Under the authentication section is where the ssh-key will reside.

The contents of what I copied from the ssh_rsa.pub file looks like this (one 1 line),

The following shows the above on one line with the set syntax. The below abbreviates the entire key for brevity sake.

Step 3: Configure your terminal emulator (SSH client) to use ssh-keys 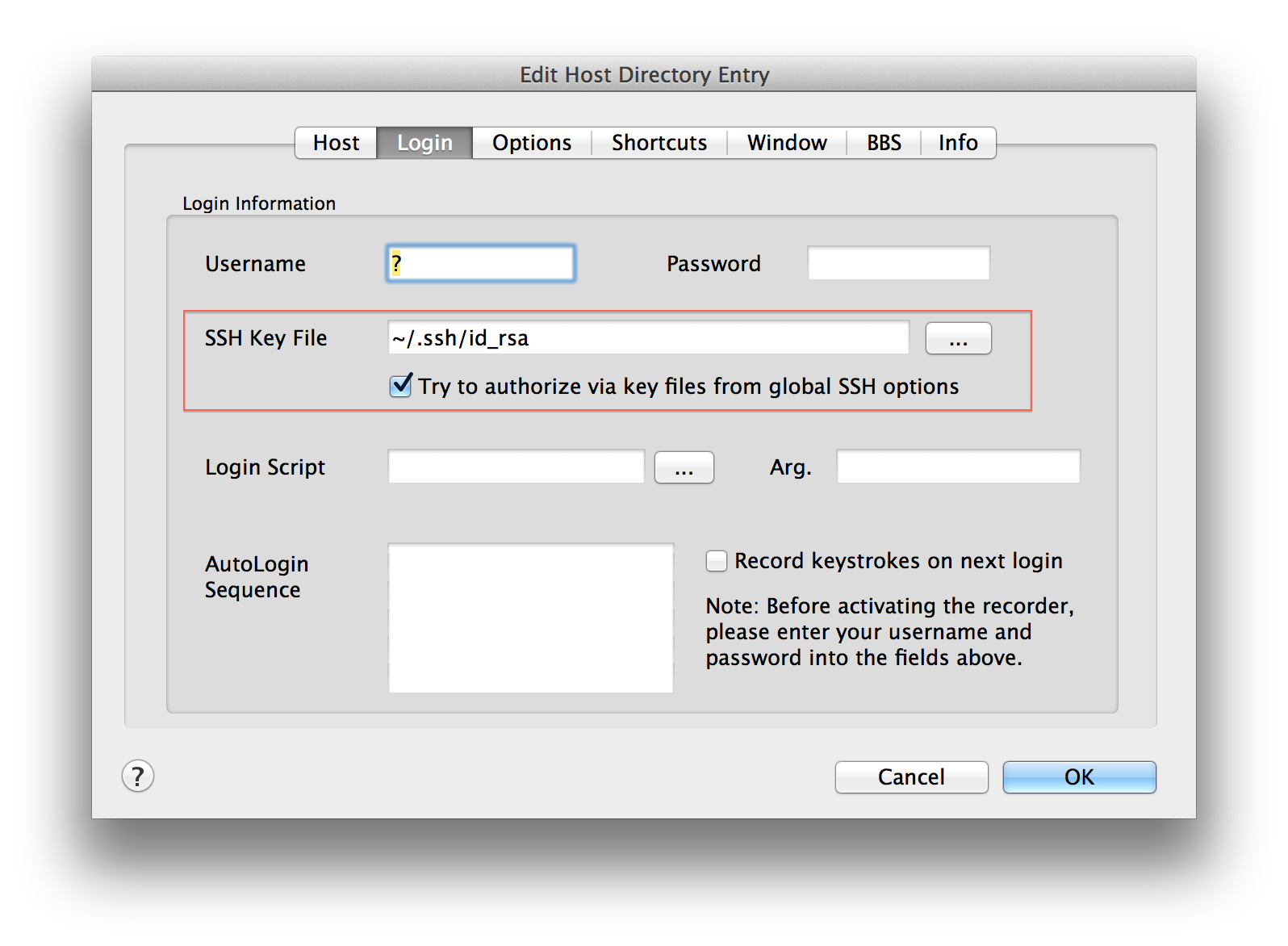 Step 4: Accessing the Junos router with the new keys from OSX Terminal

On my Mac with OSX 10.8.2 the ssh-agent will automatically acknowledge that within my user directory resides ssh-keys; the result is the ssh-agent asking for the private ssh-key password to be entered once. 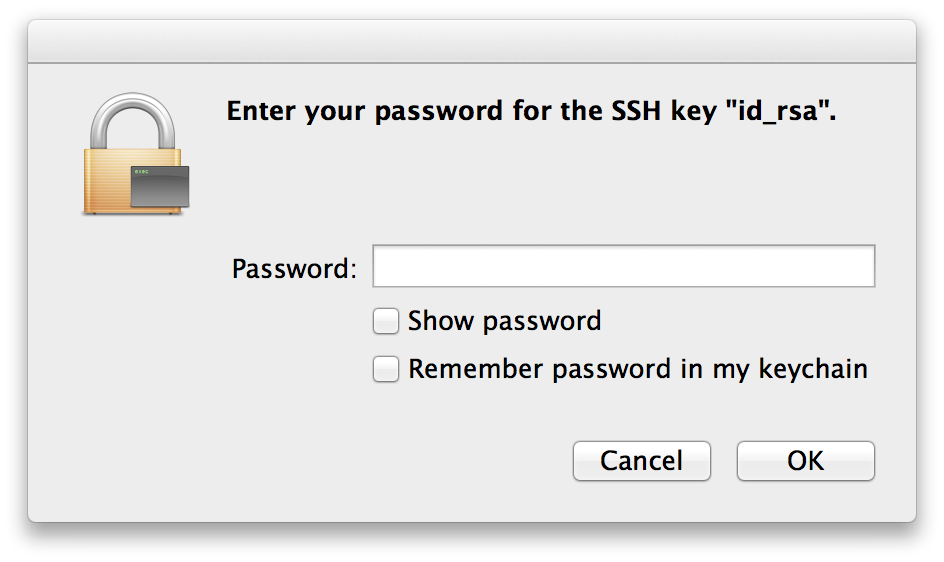 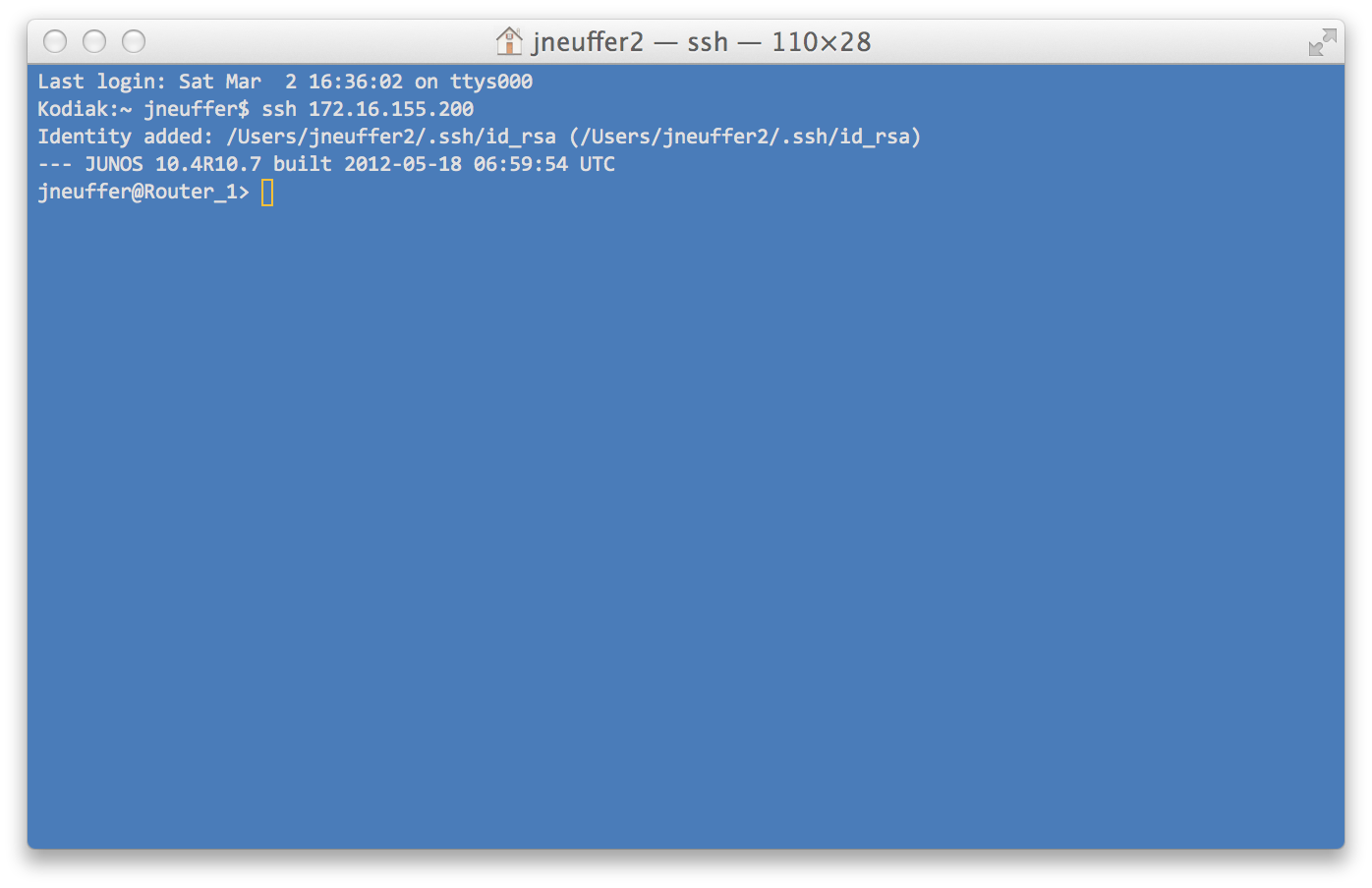 Here is what it looks like after logging out of the above session and then logging back in again. The purpose of showing the below is to demonstrate that the password prompt from the ssh-agent is not displayed… once the ssh-agent is provided the password the ssh session is quickly and conveniently started. 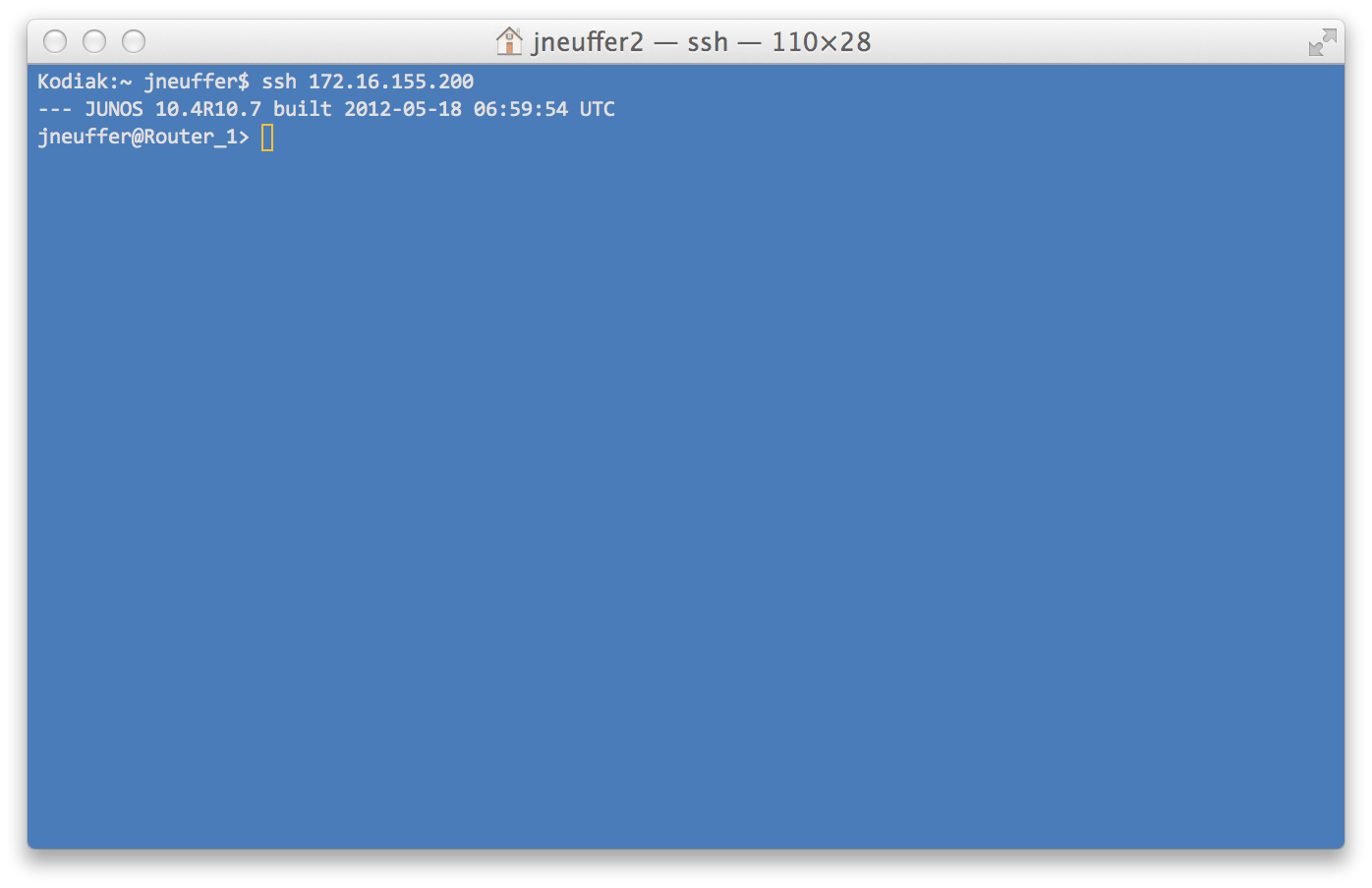 Step 5: Example of issuing a router command from your workstation

The real power of leveraging the ssh-agent with Junos devices is efficiency. Efficiency with either scripts or manual commands issued from your workstation.

For example, let’s say I want to verify the IP addresses on the interfaces. Here is what it looks like using ssh-agent. 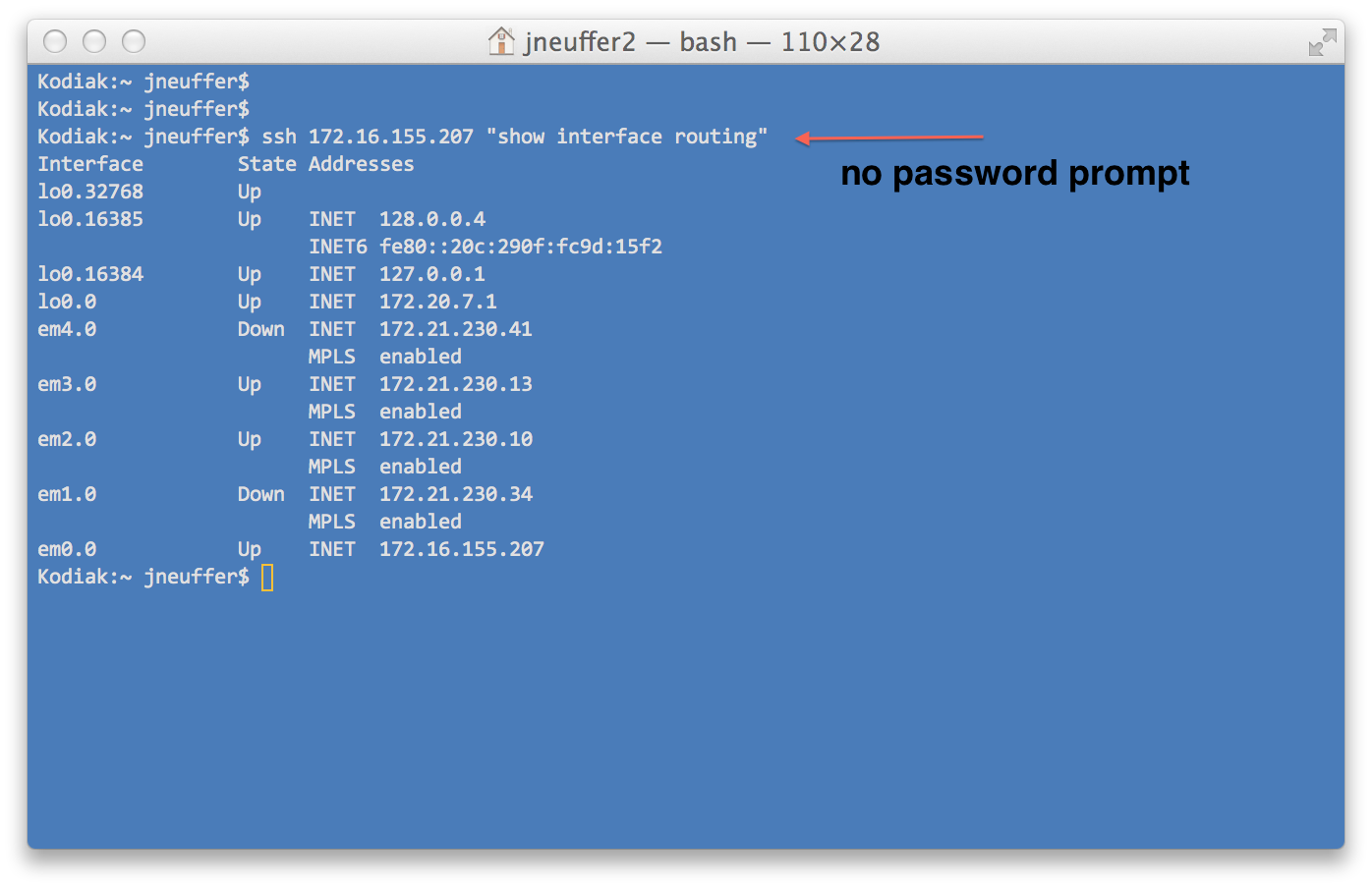 Commands can be chained together as shown in the following screen shot. 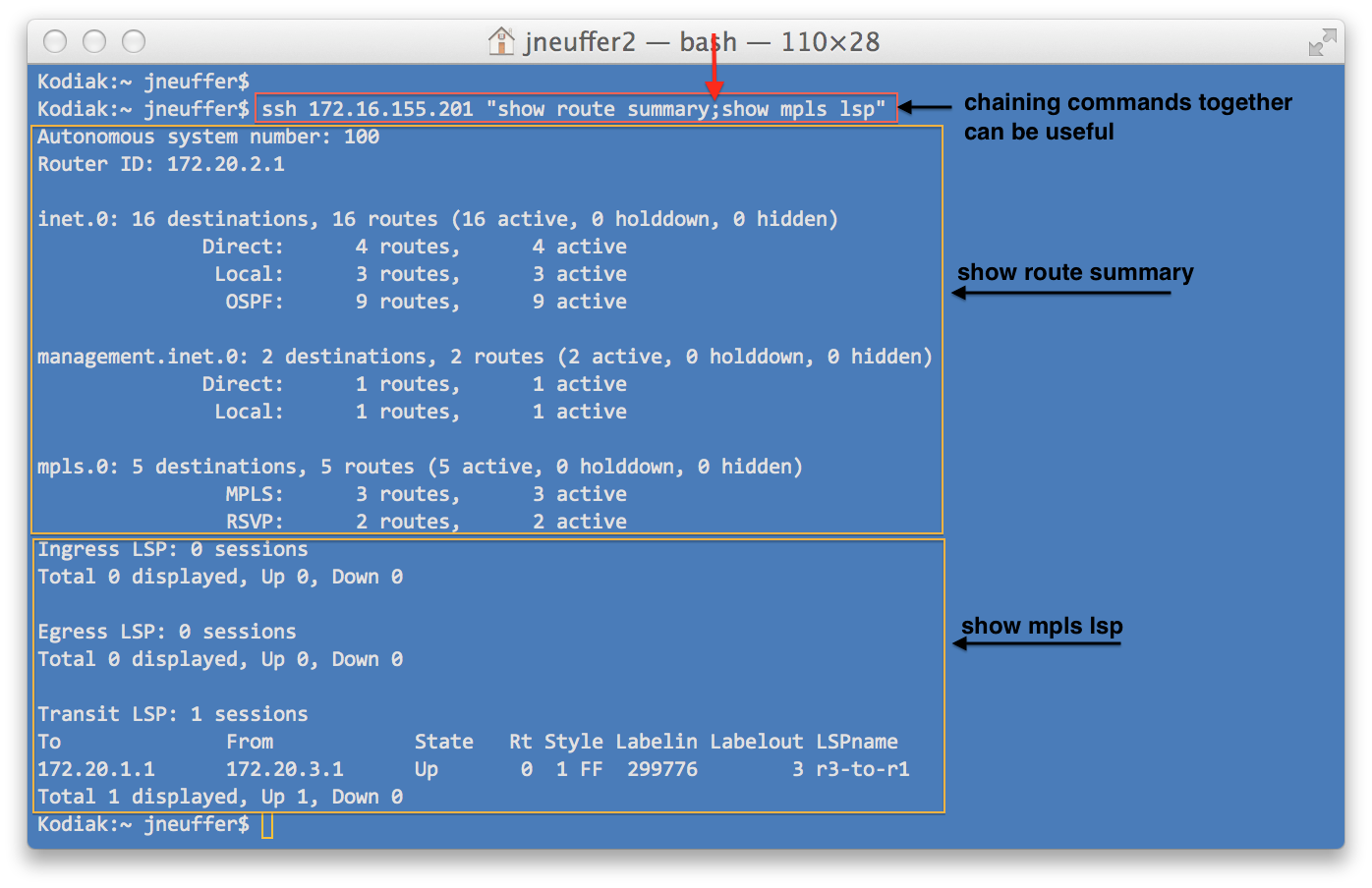 In another blog post I’ll cover scripting and using the ssh-agent.

Freaking awesome. This is going to help a lot. Another reason I love JUNOS! Thanks a million.

We use cookies to ensure that we give you the best experience on our website. If you continue to use this site we will assume that you are happy with it.Ok